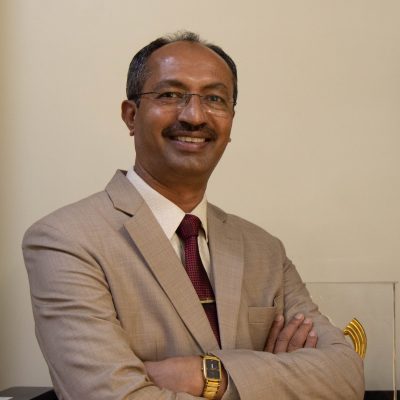 Dr B Sadashive Gowda obtained his Bachelor’s degree in Mechanical Engineering with distinction in 1986 from the University of Mysore. After that, he worked as a faculty for about three years. In 1991, he earned his Master of Engineering in Refrigeration and Air conditioning specialization from Coimbatore Institute of Technology, Coimbatore through GATE. In 1997, he obtained PhD in Mechanical Engineering from Indian Institute of Science, Bangalore.

Later, he served at RINAC India limited as Product Development Manager for about 3 years where he successfully designed and developed precoolers, and liquid carbon dioxide coolers. In 1999, he moved to Kuala Lumpur, Malaysia to serve as faculty of Engineering in the American Degree Program of Taylor’s College (now Taylor’s University), later he held the position of Head of Engineering at the American Degree Program till 2007.

He served as an academic senate member of VTU from 2013 to 2016. He is a Fellow of Institute of Engineers, Executive Member of ISHRAE, Mysore Chapter and a life member of ISTE.

His areas of interest are Refrigeration, Air conditioning, CFD, and food preservation.

May I Help You?

Please leave us your contact details below, and we will be in touch with you shortly